Call it evolution or enlightenment. Our perspective is broadening. Where we once only had the capacity to see ourselves in strict hyper local terms, now we can access the universal. In fact, both the universal and the hyper local are needed as checks and balances. In the narrow reaches of our identity, people are quick to lock themselves into violent identities–those in need of contention to exist, to be relevant, to matter. It takes a little dialectical thinking to incorporate a universal identity, where we have the intellectual capacity to, simultaneously, know how we are all connected.

Let me give you a little context and my personal ethos.

My father was an immigrant from Chihuahua, Mexico. My mother is a full blood Kiowa/Cherokee from Oklahoma, United States. I am a product of intertribal, multicultural, transnational, and hyper local tribal histories. Oklahoma was once known as Indian Territory and became the world’s largest Prisoner of War camp. Chihuahua was once home to 200 tribes before Spanish conquistadors committed genocide to mine silver from the region’s mountains.

When I look south of the American border, I remember being five years old and running into the Chihuahua mountains with my cousins to shoot homemade slingshots. I also remember the Indigenous phenotypes of Indigenous ancestors in my cousin’s faces. Having been raised in Oklahoma primarily with my Kiowa and Cherokee people, my perspective has always been an Indigenous one–even before I knew the meaning of the word. I rightly assumed all my cousins in Mexico were Indigenous like myself, since we had the same brown skin, narrow eyes, and black hair. The truth expounded by innocence is always convoluted by fragile adults seeking power over people.

The Náhuatl Language in México: http://www.houstonculture.org/mexico/nahuatl.html 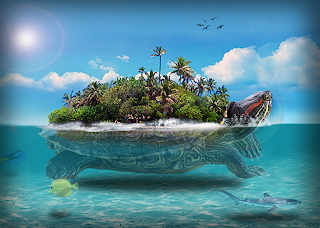 I grew up attending traditional powwows with Kiowa and Comanche people in southern Oklahoma, dancing with my family, wearing bright regalia made by my mother’s and aunt’s hands. In my youth, we “lived” at the powwow grounds for days at a time. Camping in a tent was as common as sleeping in my bed. While I was one of a few Kiowas with Mexican heritage, we all had the same phenotypes. I didn’t look any different from my family, and certainly wasn’t treated differently.

Because in my youth I had experiences in Chihuahua, Mexico and experiences in Oklahoma, United States, as an adult the border between Mexico and the U.S. seems arbitrary.  Drawn by power seekers and maintained, physically and psychologically, to keep Indigenous people from acknowledging our commonality.  Which begs the question, why are colonizers so afraid of Indigenous people allying with each other across Turtle Island?

I’m reminded of the various tribal confederacies in North America who once attempted to unify Indigenous people, and the most famous in the U.S. was Tecumseh’s Confederacy (Chief Tecumseh Urges Native Americans to Unite), which ultimately lead to siding with European allies in the struggle for retaining control of traditional lands.  Similarly, there were alliances on the Southern Plains of North America, where Kiowas allied with Comanches and held back westward expansion for 100 years (Oklahoma Historical Society).  Once they extended their alliance to include the Cheyenne and Arapaho tribes, a confederacy of Indigenous tribes dominated the Southern Plains of North America. 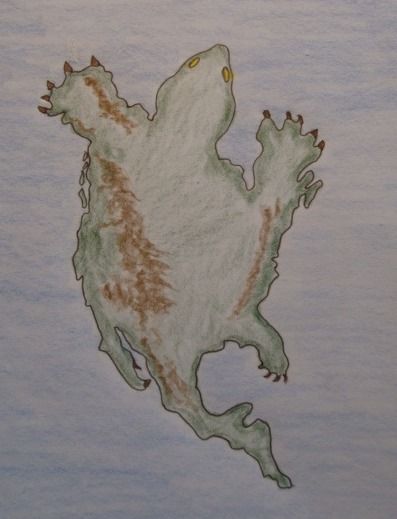 Needless to say, the circumstances that drove Indigenous people in the past are radically different than our need to unify today.  Where land base was a primary mode of those alliances, today we are tasked with protecting not only a way of life but more importantly how that way of life is inextricably tied to land based practices.  Moreover, to stand against the contamination of earth, air, and water–the three elements needed for human survival.  Our plight to unify isn’t strictly for the benefit of Indigenous peoples, but for all people to survive and live healthy lives.  The environmental war being waged against Indigenous people in Canada is the same war being waged against Indigenous people in Mexico.  Whether we’re looking north or south, we, as Indigenous people in the United States, have allies in both directions.  Why would we limit ourselves to myopic, hyper local identities?  Because of a language barrier? Our ancestors developed sign languages to navigate dozens of tribal languages.  So we can’t beat one colonial language?  We’re as smart as our ancestors and have the intelligence to know how outdated people lock themselves into identities based in violence.  We’re smart enough to unfollow and unfriend and silence those seeking to keep Indigenous people from unifying.  Outdated practices will only serve to keep Indigenous people fighting with each other, where neo-tribal politics can see the unifying history–how Native people were not only forced to flee into Canada, but to also flee into Mexico.And now it’s time for a return.