In a world of weapons, in a country more in love with guns than safety, it’s easy to see how anything can turn into a bullet.  Language changes fast, and in our defensiveness we’ll use whatever terminology that best protects us.  Even if we contradict ourselves as the words leave our mouths.  Here’s one term quickly being turned into a bullet:  lateral violence. 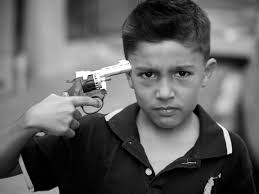 Just to get everyone on the same page about what the term means, it’s basically naming verbal attacks between people of the same group.  Typically, this is a term used by minorities to distinguish and call out the “crabs in the barrel syndrome.”

I recently received a “lateral violence” attack on my Twitter after I posted a video about smudging with sage.  So smudging is incredibly Pan-Indian.  It’s basic Native 101 when it comes to prayer.  This is an important practice and one I do at least once a month if not more, so I’m not admonishing it’s relevance.  But we Natives openly smudge at public universities and colleges across the United States.  This is not some secret practice only the deeply spiritual are supposed to practice.   It’s equivalent to Catholics using holy water.  Catholics aren’t keeping their practice from the eyes of the public.

I’m going to share a little secret with you.  Give me a moment to explain why I post videos like this on my social media.  Firstly, I’ve seen the explainable, like spirits, with my own eyes.  I’ve seen shapeshifters take on the image of my family members.  I know they’re out there because of firsthand experience.  I’ve also been involved with a number of spiritual ceremonies in different tribal communities, whether ceremonies practiced at my aunt’s house by a Kiowa medicine man or being present in the Kiva during private ceremonies with Kachinas on my daughters’ reservation, Ohkay Owingeh, or having been in a sweat lodge at Crow Dog’s Sundance on the Pine Ridge Reservation where I sweat with Crow Dog and the Heyokas.  I’ve received the positive effects of tribal ceremonies.

“When a powerful oppressor has directed oppression against a group for a period of time, members of the oppressed  group feel powerless to fight back  and they eventually turn their anger against each other.” — Jane Middelton-Moz

When I smudge myself, sometimes I record a small clip.  I’ll talk about how I feel a need to be cleansed and then send out healing vibes to all who watch.  I post these on my Twitter, Facebook, and Instagram.  This last one I posted on YouTube.  Now I’ll answer why.  For Natives this going to be obvious.  But more or less, it’s in effect saying, “Haters back off!” And Natives already know this.  The practice of smudging or “smoking” ones home is to get rid of the bad spirits and negative energy.  So when I post these on my social media, I’m in effect doing the same thing.  The sage smoke sends ski-lees running.

“Instead of celebrating one another’s accomplishments, people in oppressed groups frequently feel competition and jealousy regarding each others achievements.” — Jane Middleton-Moz

So when this person came at me like an overrighteous zealot trying to culture shame me for posting this video, for one, I laughed, and two, I easily decoded the racial hate behind her tweet.  She didn’t want white people smudging.  But here’s the kicker.  White people already smudge.  Just like Catholic Natives use holy water.  If anyone hasn’t noticed yet, the year is 2020.

Ultimately, this person wanted to rage to grow her followers.  I don’t blame her for trying to gain visibility, but she came after the wrong In’din.  I know what I can and can’t share.  Smudging isn’t off limits.  Otherwise, thousands of Natives on college campuses would be in violation.  This person tried to culture shame me because it’s what we’ve been trained to do.  Make each other feel like shit for being Native.

“Lateral violence is the last step in oppression. If people continue undermining each other, fighting amongst themselves and attempting to destroy each others credibility and self esteem, they are finishing the oppressors work. They are imprisoning themselves.” — Jane Middleton-Moz

So when I called her out for being overrighteous and ridiculous and racist, she throws a #LateralViolence hashtag on her tweet and tries to back off.  Is this where we’re at with this term?  Really?  The term “lateral violence” is now a method of “lateral violence.”  You just can’t get more Baudrillardian than that.  The term has completely lost it’s initial meaning and use.  Now it’s a bullet to be fired between Natives.

When a Native attacks another Native for wearing double braids and said Native stands up for himself and his tribal community, at some point the countermove will be a dismissive term like “lateral violence.”  Then we can all just safely stroll on with our lives and pretend like there is no accountability.  The initial issue of being attacked for wearing double braids gets washed away.  Cognitive dissonance will hide the ugliest behavior, allowing the responsible party to sleep safe and snug under their blanket.

If someone disagrees with you, it’s not “lateral violence.”  That claim is hyperbolic.  If a Native makes another Native feel like shit for wearing double braids, that’s lateral violence.  Why?  Because Native identity is on the chopping block.  If someone hurts your feelings, you don’t get to mix the soup of paracolonial confusion.  I would like to ask Natives to be aware of the terms they’re using and how they’re loaded with meaning.  But by way of cognitive dissonance it’s difficult to teach someone to rise above their individualism to see the greater effect on the collective.

(Image above borrowed from pxhere.com)