Underling Mentality in “The Smurfs:” Why Azrael Allows Himself to be Abused by Gargamel

No one believes themselves to be like Azrael.  If we had to choose between the cat and Gargamel, we’d all choose Gargamel–if push came to shove.  We’d rather be neither, or think of ourselves as neither.  But we’re one or the other in someone’s eyes.  This article is an examination of how the “underling” can allow himself to be abused.  And maybe we can resolve:  Why we allow people in power to control us. 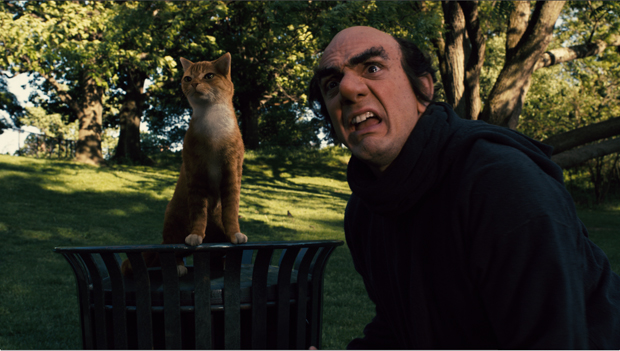 Look around your office.  Assess a hierarchy.  Who is running the show?  Who is the underling? To discover the underling, identify the person who gets in hot water the most.  Underlings always receive more abuse.  They will throw themselves into a pit of wild boars just to appease their master.

There is always a discerning quality to the person “running the show.”  They never get in trouble.  They send their underlings out to do the dirty work.  So the underlings are the ones who get attacked, receive blame, and punished.  Meanwhile, their master sits over there as comfy as can be, living life without a worry in the world.

“Often in codependent relationships, one partner – sometimes an addict, narcissist, or abuser – wields power over the other.” — Darlene Lancer, JD, MFT

I worked in a group home setting for six years and the staff were trained to identify who was the leader, so as to identify who was truly causing the others to act out.  It was always the one who never got in trouble.  He made underhanded comments, which propelled the others to become violent.  As soon as we identified who caused the issue and pointed out to the residents how they were manipulated, all of a sudden the violence went down.

We’re all asking:  How can someone have such little self-respect that they allow themselves to be abused and manipulated?

I’m not going into the details of that deep psychosis. Neither of us have that kind of time.  But we can use a movie like The Smurfs to quickly deduce a type of reward system.  In The Smurfs movie, Azrael wants to eat a Smurf.  Likewise, Gargamel wants to capture the Smurfs to drain them of their power and use the power for himself.  This very simple structural technique quickly points to a human condition to band together with someone for a common goal.

“The power paradox requires that we be ever vigilant against the corruptive influences of power and its ability to distort the way we see ourselves and treat others.” — Dacher Keltner in The Power Paradox

Azrael will laugh at Gargamel when The Smurfs make Gargamel look like a fool, and in some of the cartoon episodes Azrael turns against Gargamel.  But ultimately, Azrael allows Gargamel to treat him terribly and abuse him, whether physical or verbally.

( The above image was borrowed from: https://alienationmentale.wordpress.com/2013/03/11/the-smurfs-review/)