Natives watched as a liberal stronghold quickly collapsed with a simple bait and switch.  How did the conservatives do it?  They just repeated everything Nathan Phillips said by placing his words into their context.  So why did liberals collapse so quickly?  There has been an ongoing issue within the liberal community, and conservatives make the criticism often:  liberals are snowflakes. Did liberals back down too quickly?  Is this a sign liberals are too weak to stand up against MAGA rhetoric and tactics? What does this say about the upcoming presidential election?  Will liberal candidates cower and apologize too quickly?

What happened on January 18, 2019 in Washington , DC pit Nathan Phillips, a participant at the Indigenous Peoples March, against a group of MAGA teens, participants in the March for Life.  What happened afterwards was a debacle we’re all aware of.

What we’re not aware of is the double retreat.  We’re aware of one retreat: by the media.  But there was a second retreat: by liberals.  With the first images presented by the media, we all thought the teens approached Nathan, but then we found out Nathan approached the teens.  Then we learned a small group of Black Hebrew Israelites had been spouting racist rhetoric at the teens–as well as at the Native American participants at the Indigenous Peoples March.  This is the reason Nathan stepped in.  To diffuse hostilities between white hate and black hate, and did so successfully.

Suddenly, the media protected the group of MAGA teens by saying “they were innocent.”  Innocent?  Interesting word to choose.

So here was an opportunity for the liberal leadership to show their grit.  They could’ve stood their ground, like Nathan Phillips, and kept the focus on the racist mocking of a cultural song, and tomahawk chopping (as if the teens were at a sporting event.)  The liberal leadership could have pointed out young white males were present that day to tell women what to do with their bodies, and they could’ve taken a chance to expose violent sexist language by the video footage of a MAGA teen yelling “It’s not rape if you like it!”  Here the liberal leadership could have made a stand against blatant racism and violence against women in direct correlation to MAGA-hat-wearing protestors–a direct link to Trump and his destructive politics.

There needs to be a distinction made between an “old” liberal mindset and a neo liberal mindset.  The old liberal agenda did well to weaponize a power vacuum of white male patriarchy against itself.  If you want to compete against someone and you don’t have control of the rules, you play by their rules.  If you’re a minority, you work on your non-regional diction and increase your vocabulary.  You make yourself as white as possible. Dye your hair blond and don’t go out in the sun.  If you’re female, you perform masculinity and look the other way to sexist remarks.  We do all these things to get on the playing field. I’m thankful to all the hard work the old liberal mindset has done and how much it has accomplished for progress and equality for everyone. 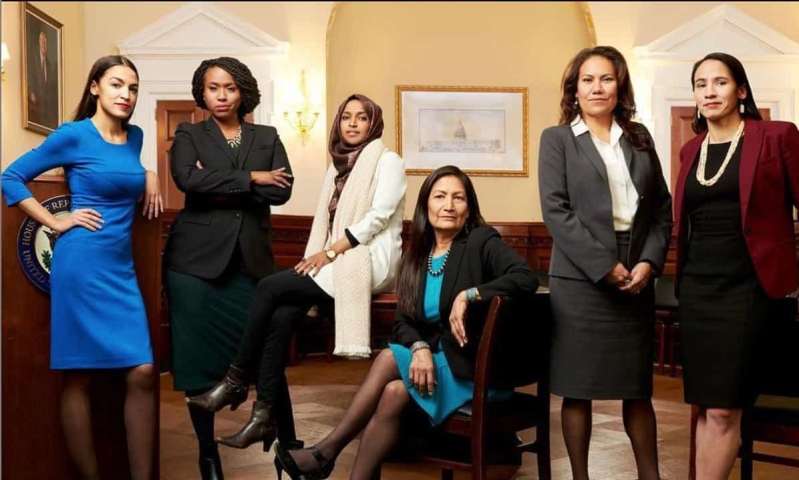 And now that we’re here, we can make up our own rules. Rules which will disrupt the power vacuum and show a numerical minority they will no longer control our behavior.

There has been the development of a Neo Liberal attitude.  We see it with new arriving liberal politicians like Deb Haaland, Sharice Davids, Alexandra Ocasio-Cortez, and Rashida Tlaib.  These liberals are not playing by old liberal rules of “go along to get along.”  Instead they are making up their own rules, whether by their identities and religions or by ideologies and social reforms.  Each is willing to take a stand and be vocal.

As the liberal public, we need to not sit around and wait for old political mindsets to tell us when to react and how to react.  We must have the courage to stand our ground, like Nathan Phillips did in Washington, DC.  We have the intelligence and savvy to see through the character assassination and the redirection tacts of the conservative agenda.  If we can’t withstand the cold wind coming from MAGA rhetoric when we have at our fingertips video evidence of MAGA ideologies rehearsing blatant racism and violence against women, does that mean the conservatives are right?

Are we all a bunch of weak snowflakes?