You’ve done the work.  Wrote the story, painted the painting, soldered the jewelry, sculpted the clay, or weaved the basket.  You’ve put in the hours at the workstation, lost yourself in the art, creating work unique and powerful and meant to contribute to a collective of voices echoing from generations past.  Then you take the work into the world.  Now it’s time to dance with the “crabs in the barrel” and the “fake In’dins.”

It’s a miracle when an artist makes it.  So much so we have to celebrate each time it occurs.  Just to sit back and think of all the obstacles that individual had to navigate to be successful is worth the admiration.

Those of you who have consistently followed my blog and contributed in length to discussions are in for a ride.  I’m going to give you a little insight into the Native art world.  And some of it will sound familiar to your own circumstances, and then some of it you’re going to scratch your head and try to figure out how and why.

I’ve been in these circles a long time.  I graduated with a Bachelors of Fine Arts in Creative Writing from the only Native Arts college in existence.  The Institute of American Indian Arts is a unique institution which focuses on contemporary Native arts and is located in Santa Fe, New Mexico.  It’s churned out some of the greatest Native artists in the world.  I’m lucky and grateful to have developed myself among so many Native intellectuals and artisans.

To a certain extent, we were sheltered from a predatory art world.  Maybe we needed to be sheltered so as to properly develop ourselves.  I can see many strengths to developing in an isolated group of artists, so as to hone our skills before hitting a market that’s symptomatic of pitfalls.

Once we step into the arena, we encounter first the “crabs in the barrel,” who are bent on never seeing another Native do well.  This is the Natives against Natives idiocy that plays out.  Instead of celebrating the talent of our fellow Natives, we are intimidated so we attack.  We tear down those Natives around us, and the more talented or motivated the harder the attack.  We can go after heritage association, by “How much In’din are you?,” or “What family do you belong to?”  And if that doesn’t work, then we’ll go after participation, as in “Do you even speak your language?” or “Have you been to a stomp dance?”  We desperately reach and grab into the darkness for any and all cultural knowledge to weaponize and utilize to attack a fellow Native artist. 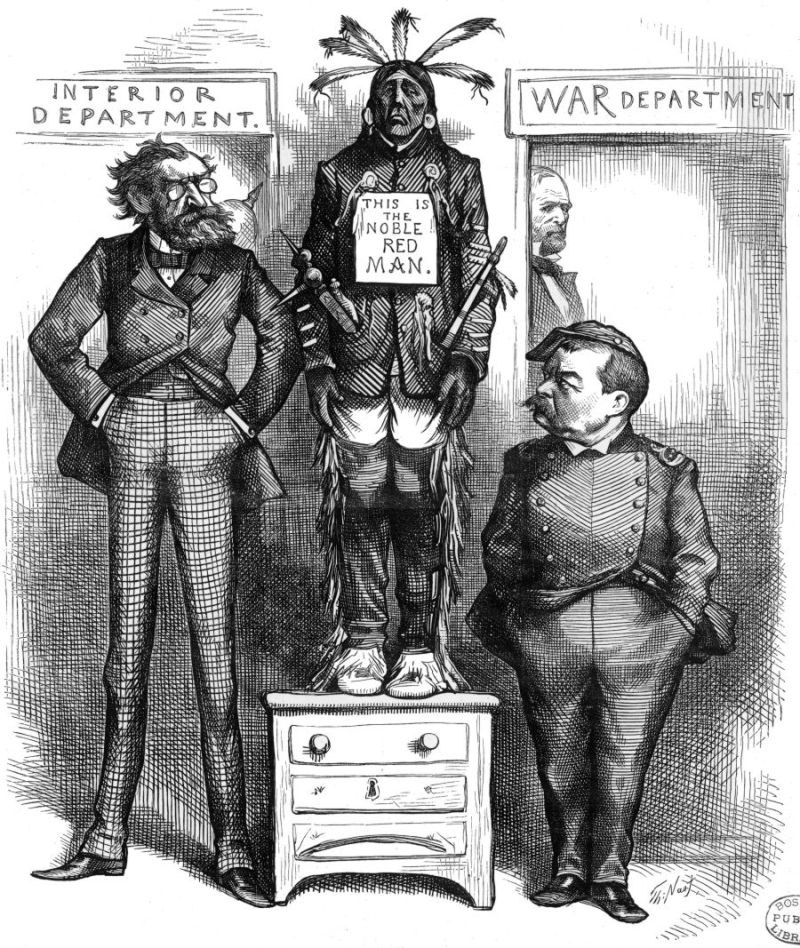 Then we have the “fake In’dins,” who slither into our circles with false promises and outright lies.  When I was at IAIA the first  among this group I crossed was the infamous Joseph Boyden, who we all thought was Ojibwa, and nobody either knew otherwise or didn’t tell us students otherwise.  He certainly didn’t tell us students otherwise.  So where was his ethos?  I assumed, “Hey, he’s at a famous Native arts college and he’s writing about Ojibwas, so he must be Ojibwa.”  IAIA wouldn’t bring in a fake In’din?  He was visiting the school and spent about a week on and off campus promoting his book.  Then we find out he’s not Native at all and he’s won the Canadian equivalent of the Pulitzer Prize.   More or less, he’s taken an award out of a Canadian Native writer’s hands.

But what makes the situation hard for new and upcoming Native artists are the “fake In’dins” swimming in the shallows near the shore.  When we first step into the real world arena, we often meet people, artists, who we can bond with because they are in the same boat–navigating the Native art scene.  We believe they are Native because they say they are Native, and then at some point (often years down the line) we find out they are not Native at all.  They have Native blood in their lineage but cannot prove it.  Which in and of itself is fine, but if you are trying to capitalize off of it and put out what is to be considered “Native Art” then you are stealing from community born and raised Natives–stealing space, stealing awards, stealing time, stealing success.  But we’ve seen this stealing before.  It has been a consistent part of Native American history.  It’s adapted and changed faces, but it’s all the same, and unfortunately we Natives must roll our eyes and say to ourselves, “Here we go again.”

Getting hit on both sides of the drum, a Native artist starts to see the “crabs in the barrel” and the “fake In’dins” as serving the same God.  Ultimately they both keep down Native people.  In a world that’s already designed to suppress Native voices it makes it doubly difficult when the deception is woven with falsity and nicety.  When fake In’dins try to butter you up with false promises–similar to what our ancestors encountered in the past–and crabs in the barrel who jump on our back to try and destroy any chance we have for success (while in the process attempting to gain success for themselves).

Now tell me there’s a difference.

(Images used in this post were borrowed from Wikimedia Commons)

Leave a Reply to Puzzles of the Soul Cancel reply